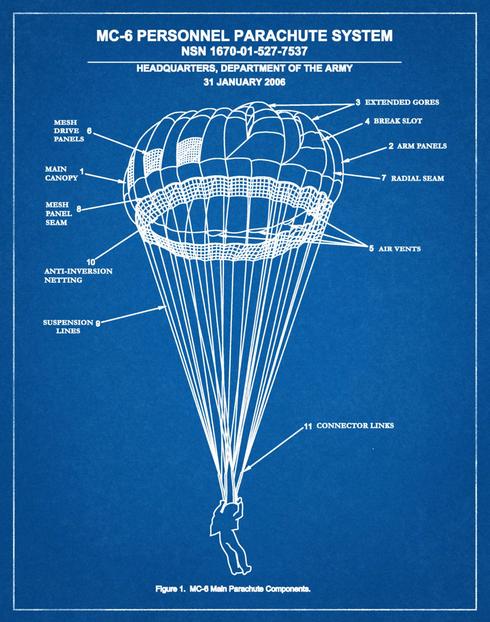 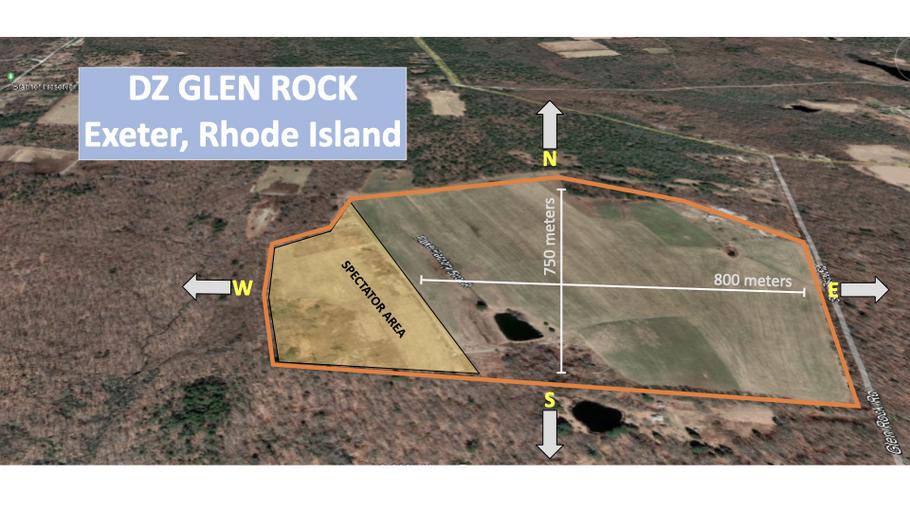 The purpose of the competition is to promote the camaraderie and Esprit de Corps of the Airborne Soldier through international competition.  The competition is routinely attended by representatives from Allied Foreign Militaries, as well as from the US Army, Navy, Air Force and Marine Corps.

Each team consists of 4 Jumpers. The Jumpers will exit from a CH-47 Chinook helicopter at an altitude of 1500 feet (457 meters) using an MC-6 static line, steerable, parabolic parachute. 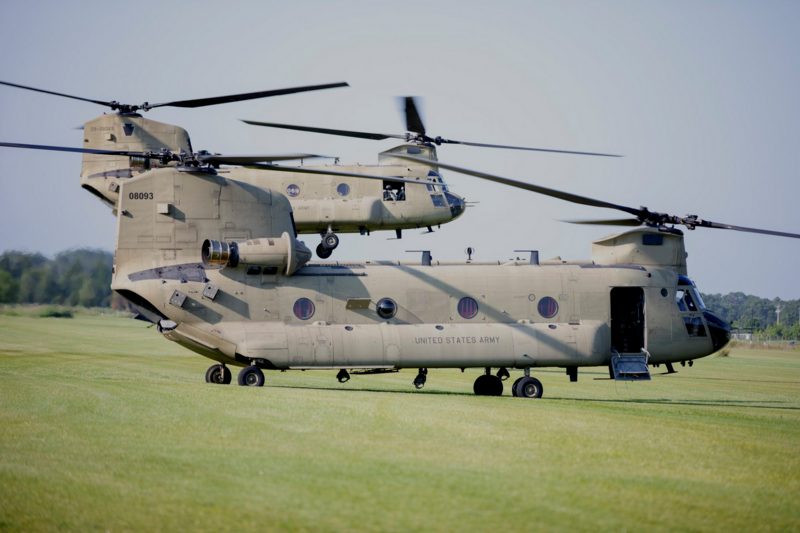 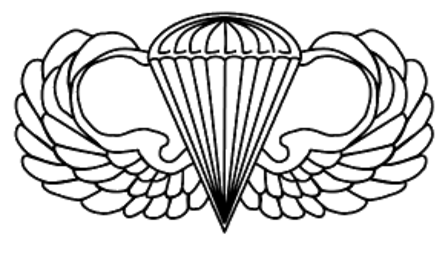 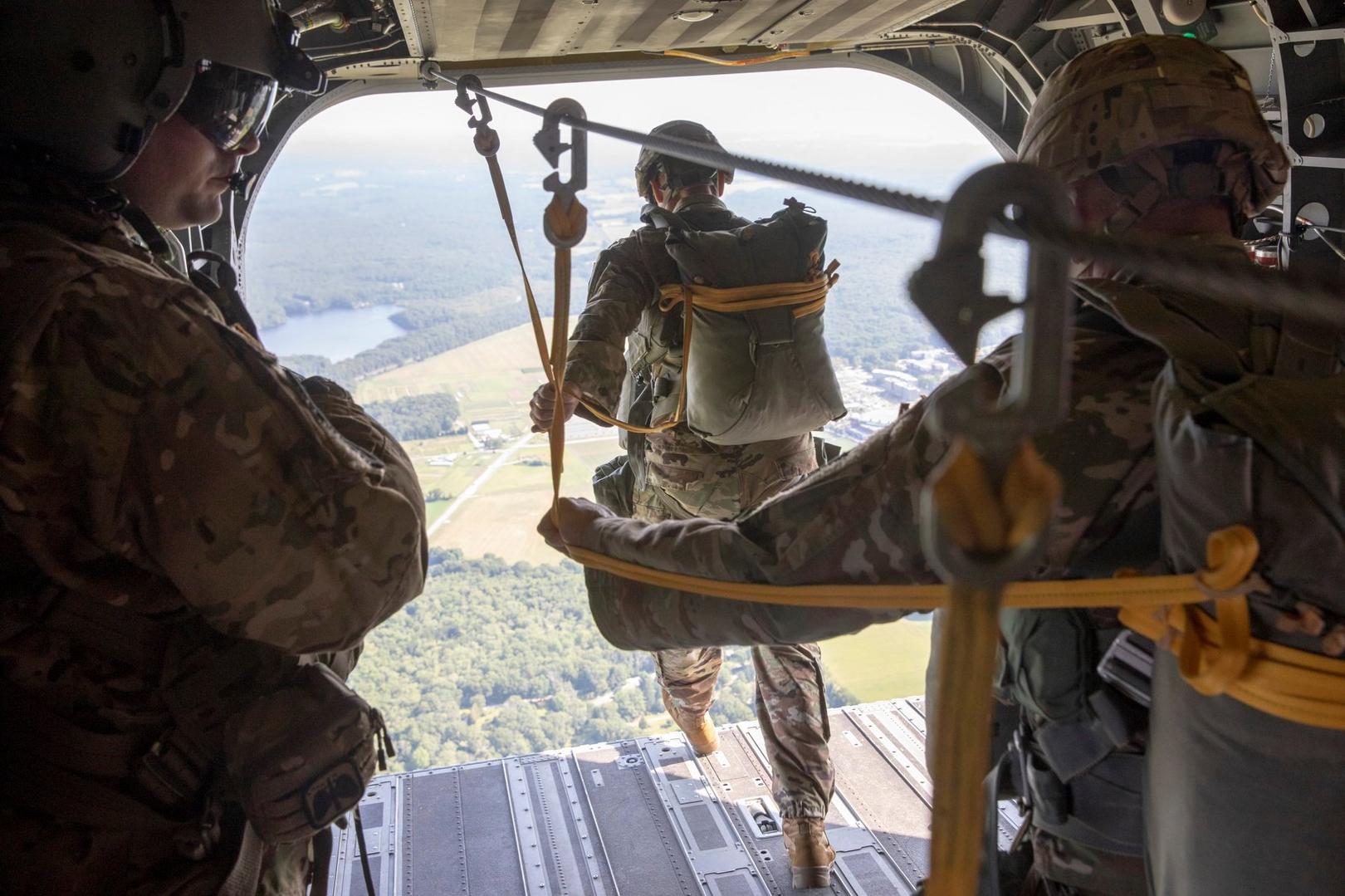 Located in Exeter, RI on a privately owned farm, DZ Glen Rock is the new official Drop Zone of LEAPFEST.  The surveyed area is spheroid, containing a rectangular open field measuring roughly 800 meters by 750 meters.  The target X's are positioned in a line running North-South through the center point of the DZ.  A spectator area is located just West of the surveyed area along the tree line that borders the open field.